CacheGuard features include a Gateway Antivirus, a Firewall, a URL blacklist Guard, a transparent Web forwarding & reverse Proxy, an SSL Inspector, a WAF, a Web Cache, a traffic Shaper and much more, all packaged in a single box. Those features all together form a complete Web Security solution to implement at the Gateway.

What is a Web Gateway and why do I need it?

Whether the Web is at the heart of your activities or using the Web is just essential for you, no matter the size of your organization, you need Web Security and Optimization to ensure the availability and security of your IT infrastructures. Otherwise you expose your activities to severe threats coming from the Internet. By implementing a solution at the Gateway you get better results by processing the Web traffic before entering your networks. That’s the role of a Web Gateway.

CacheGuard Web Gateway performs extremely well in that role with lots of features that can be implemented in just a few minutes. CacheGuard Features, meets all your requirements in terms of Web Security and Optimization integrated in a unique appliance and ready to use. 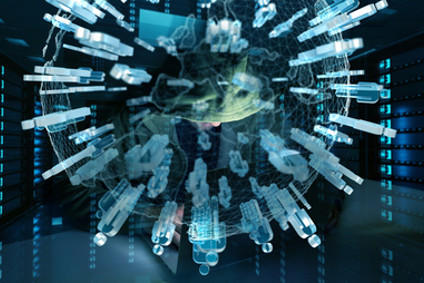 Block Malware at the Gateway 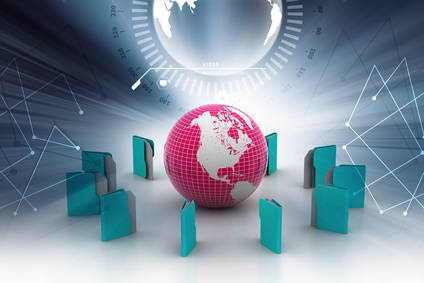 Filter unwanted URLs at the Gateway

Block Threats at the Gateway 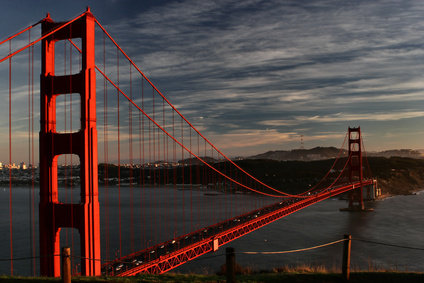 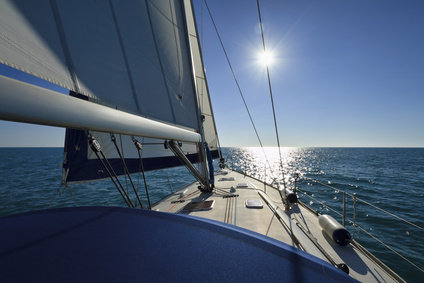 Navigate Safely on the Web 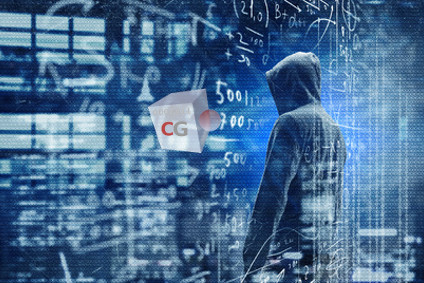 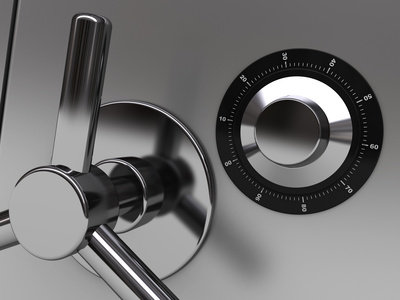 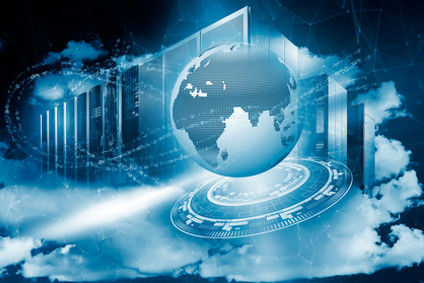 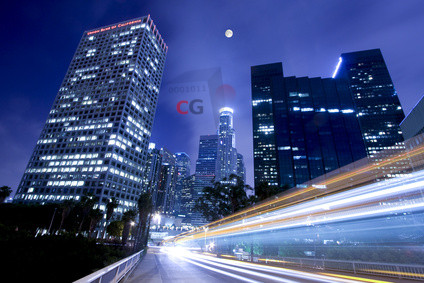 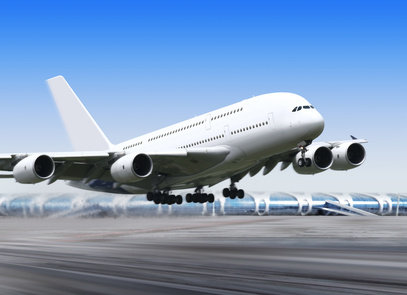 CacheGuard Web Gateway is a combined solution dedicated to Web Security and Optimization. With CacheGuard you authenticate users, block unwanted URLS, reject dangerous Web contents, reduce your bandwidth usage, accelerate the Web traffic, block malicious Web requests on your Web applications, log traffic and much more. Consequently you protect your Web users and Web applications and increase the quality of services that you offer to your users and clients.

Why a combined product? Because we have simplified your quest for a Web Gateway by integrating all of the required features into one package on your behalf. Don’t need all the features? CacheGuard Features can be enabled or disabled as per your needs. With CacheGuard, you can also learn about features you might not have known about before. Finally, we believe that a combined product is much tidier and efficient than several heterogeneous solutions stacked up on one another, with several administrative interfaces to interact with and keep track of.

As soon as CacheGuard is implemented at the gateway, it transparently protects your Web users and Web applications from threats coming from the Internet and optimizes your Web traffic. To do so, CacheGuard uses a whole range of features that process your Web traffic in order to deliver purified and optimized Web contents to your Web users and Web applications. Almost all CacheGuard Features can be activated at the same time in both forwarding and reverse modes in one appliance placed at the gateway.

CacheGuard Web Gateway is distributed as an OS (Operating System) to install on a Hardware or Virtual Machine of your choice, as an OVA (Open Virtual Appliance) file to import into your virtualization system such as VMware or MS Hyper-V or as a Cloud service. Once installed on a machine, CacheGuard-OS turns that machine into a powerful Web Gateway Appliance with lots of powerful and easy to configure features, all designed to deliver Secure and Optimized Web contents to your Web users and Web applications.

Because setting up a Web Gateway that embeds various security layers and optimization functionalities requires advanced technical know-how, extensive experiences and moreover lots of time, we made an Off-the-Shelf solution that meets all your requirements in terms of Web security and Optimization. Implementing CacheGuard features in your infrastructure is as simple as choosing a machine, installing CacheGuard-OS on it (or just importing an OVA file) and setting up some basic configurations, all in just a few minutes.

And most importantly, with CacheGuard features you are never alone. Our experts can assist you in all phases from choosing the best machine for your needs to setting up sophisticated configurations. Feel free to post your technical questions on our Technical Forum and get responses around the clock free of charge. At CacheGuard Technologies Ltd we take a real pleasure to help you to implement CacheGuard Web Gateway and we are committed to delivering high quality support.

CacheGuard Features include all Security and Optimization functionalities that you may need for your Web traffic. Those features, all together in one package, provide you the highest level of integration and ease the tasks of configuring and administering a network appliance. Below you can find an overview of all features provided by CacheGuard Web Gateway.

Gateway Antivirus
CacheGuard Antivirus inspects the Web traffic at the gateway and eradicates all dangerous contents before they can enter into your networks. You stumbled upon a Web page on the darknet? You received an email with a suspicious link that you accidentally clicked on it? CacheGuard instantly blocks that suspicious contents and logs the access attempt. CacheGuard Antivirus can also be used as a service by external systems such as an MTA (Mail Transfer Agent) to block malware reaching your infrastructures via protocols other than HTTP/HTTPS. Learn more at Gateway Antivirus.

URL Guarding
CacheGuard features include a guarding mechanism against unwanted URLs. CacheGuard URL Guarding (Filtering) uses blacklists, white lists and regular expressions to allow or disallow websites accesses thus increasing the productivity of your users while keeping you safe from malicious websites. The URL Guarding coupled with your LDAP or AD/Kerberos authentication server allows you to define your own sophisticated Web access policies. Learn more at URL Guarding.

Firewall
CacheGuard features include a Firewall that protects PCs, servers or any other connected devices from hostile intrusions from the Internet and/or external networks. CacheGuard Firewall enables stateful packet filtering, Network Address Translation (NAT) and Port Address Translation (PAT) and is fully customizable to fit your needs. It innately integrates smart rules that block attacks such as DDOS (SynFlood, Smurf, XMas…) and IP spoofing. Learn more at Firewall.

Bidirectional Web Proxy
Accessing the Web via a proxy allows you don’t expose your IT infrastructures directly to the Internet. The Web Proxy is at the core of CacheGuard features and can be implemented transparently to users  and Web applications. In forwarding mode the Proxy secures and optimizes the Web traffic destined to Web users while in reverse mode it secures and optimizes the Web traffic destined to Web applications. The Web Proxy and the Reverse Proxy can be activated at the same time on the same CacheGuard without the risk of mixing forwarding and reverse Web traffic by isolating each type of traffic in a distinct VLAN. Learn more at Forwarding Proxy and Reverse Proxy.

SSL Offloading/Inspecting
Once implemented in reverse mode, CacheGuard acts as an SSL Offloader in order to inspect the content of encrypted Web traffic (HTTPS) exchanged with Web applications that it cloaks and protects. Content filtering features such as the WAF and the Antivirus are then fully operational and can block threats even in an encrypted format. At the same time a bunch of load balanced Web servers cloaked by CacheGuard are offloaded from the redundant task of encrypting/decrypting the Web traffic. Hence, you optimize the usage of your CPU/RAM resources and increase the overall performance of your infrastructures. CacheGuard features include an SSL offloader and inspector.

SSL Mediation/Inspection
The SSL Mediation (or Inspection) enables the decryption of encrypted Web traffic (HTTPS) at the Gateway in order to cache and/or inspect its content. Therefore, the CacheGuard Antivirus can be fully operational and block all attempts to access malware even in an encrypted format. When the SSL Mediation is activated, CacheGuard re-encrypts decrypted traffic before forwarding it to users. CacheGuard features include an SSL mediator and inspector. Learn more at SSL Inspection.

Load Balancing
With CacheGuard you can design scalable architectures to provide the right QoS (Quality of Service) at the right time. Implement your first CacheGuard for your current needs and switch to a dual (or more) Web Gateway architecture later if necessary. You can also balance the total Web traffic load among backend Web servers and make sure your users always have access to Web applications even when one or more Web servers are down. CacheGuard features include a Web server load balancer.

Caching and Compressing
With CacheGuard you have the possibility to cache the Web content and transmit it in a compressed format, thus saving your bandwidth and in some cases accelerating the Web traffic. Caching and compressing help ensure to deliver the Web content quickly and smoothly to your local users as well as to your remote users. The Caching, Compressing and Traffic Shaping all together allow you to optimize your Web traffic and consequently lower your costs. CacheGuard features include a Web cache and a Web compressor.

High Availability
CacheGuard HA (High Availability) Feature provides your users with continuous uninterrupted access to the Web. To do so, 2 or more CacheGuard Web Gateways can be implemented in HA mode in order to provide a SPoF-less (Single Point of Failure) architecture, thus increasing your SLA (Service Level Agreement). The HA mode can be activated in forwarding mode to secure your internal users as well as in reverse mode to secure your Web applications.  CacheGuard features include HA technologies.

SNMP Monitored
To be monitored, CacheGuard supports the SNMP (Simple Network Management Protocol) standard. CacheGuard can be configured to send SNMP traps to monitoring systems such as Nagios. It also embeds an an SNMP agent that can be polled using your favourite SNMP monitoring tool. CacheGuard features include SNMP management.

How to take advantage of CacheGuard Features

Intrigued by all those CacheGuard Features integrated into a single appliance? Download CacheGuard today and evaluate it for yourself.